Book now with Low Deposits on all our exclusive discounted offers!!

Get Your Iceland Holidays Prices

With Iceland’s countless waterfalls, lakes, hot springs and rugged landscapes you will truly feel like you are stepping back in time. The nation’s capital Reykjavik is a charming, colourful and cosmopolitan city that is home to beautiful architecture and world-class cuisine. The Blue Lagoon is Iceland’s most famous attraction and the Lagoon’s Silica Mud Mask’s are the perfect addition to your relaxing visit. Though, our specialists are on hand to advise you of Iceland’s lesser known natural hot springs where you can cut out the tourists and soak up all of the volcanic, mineral goodness! Lava-cave tours are also a must-do in Iceland where professional guides will help you explore the ancient caves. Our experts can create your perfect itinerary from driving the Golden Circle, whale watching tours or even baking your own Icelandic rye bread (hot-spring-bread) in the ground near the hot springs. Iceland’s weather stays cool all year round so be sure to take a coat, even in those summer months. The authentic, Viking weather becomes oh-so charming when you can look up to the northern lights in the winter and enjoy 24 hours of sunshine in the summer! 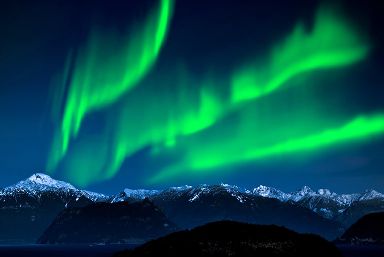 atmospheric gases colliding with charged particles from the sun, high solar activity from the sun gives the best opportunity to view the Northern lights. Join in with thousands of those before you on a mysterious trip to seek out the elusive Aurora Borealis, Known as the Northern Lights. The best time to catch a glimpse of this most magnificent phenomenon is from October - March and on a clear night. There is no certainty of seeing the Northern lights yet this adds

to the excitement and anticipation of the trips, not even the locals know when and where the best show on earth will occur. 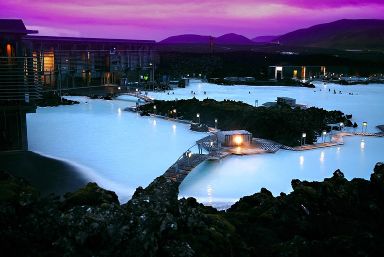 No trip to Iceland would be complete without a visit to the famous Blue Lagoon. The Blue Lagoon is Iceland's very own R and R place to visit, nestled in the heart of the country side surrounded by Lava fields this really is like no other place. The water itself is extracted from 2000 metres underground on its journey to the earths

surface the water picks up naturel properties such as silica, algae and minerals. Emerge yourself into the steaming water whilst crisp icy air is all around. If you wish to really take home that relaxed and rejuvenated feeling take in a really unique experience in the Blue Lagoon spa area, where you can book in for a massage or body wrap, you can of course opt for the DIY version and make use of the mud deposits scattered around the waters edge.

The Blue Lagoon also offers a fantastic restaurant with a la carte menu and a Blue Lagoon shop, offering skin care products based on a unique blend of Blue Lagoon geothermal seawater active ingredients: minerals, silica, and algae. Note that the admission fee, treatments, food and beverages at the Blue Lagoon are NOT Included in the price or any of our excursions. (approx. EUR 30 plus incidentals) 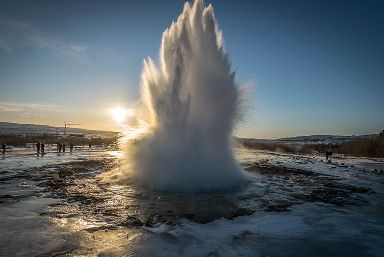 The Golden Circle one of Icelands most popular and most iconic road trip tours. The Golden Circle is a classic traditional tour with some of the best scenery imaginable, spanning approx. 300 kilometres from Reykjava­k into central Iceland, this can be taken in a day or there is an express version which is taken in an

afternoon, we do offer both options and time permitting will depend which is best suited to your party. There are many stops and view points but the most renowned are Geysir, Gullfoss and Thingvellier National park. The Magnificent Gullfoss waterfall is Icelands version of a mini Niagara Falls, the glacial water tumbling down the natural landscape and into a deep canyon is truly an unforgetable sight. Geysir thought to be the oldest known geysers and one of the best examples

of this phenomenon in the world. Thingvellier National park is a world heritage site and spans the border between the North American and the European tectonic plates which are moving apart at a rate of 2 centimetres a year wow!

There's a few historic points not to miss on your Iceland trip, a city sightseeing tour which visits the most significant places in and around Reykjavik, taking in the presidential residence at Bessastoir, Hafnarfjorour - the town where the 'hidden people' and humans live together in harmony, with time to take some snaps of the picturesque old fishing harbour. Another not to miss is the viewing platform at Perlan, and Hafa house - where the all-important summit between former U.S. President Ronald Reagan and former U.S.S.R. Secretary General Mikhail Gorbachev took place in 1986. Hallgra­mskirkja is home to a very quaint church and the old town centre where the Icelandic parliament alaingi and the town hall are situated.

A trip to Iceland offers so much to experience, above we have mentioned a few of the most popular but you can also take in Whale watching, Puffin watching, a brewery tour, The Golden Circle tour with an edge and a super Jeep Safari, snorkelling in some of the worlds best dive sites. Visiting Lava tube caves and craters, these beautiful, natural phenomena reveal extraordinary scenery of lava formations and colors. Visit locations of some of the Game of Thrones scenery soak up the tranquil atmosphere.

Iceland is like no other holiday and really is a land all of its own and just waiting to be experienced and discovered by you, your family and your camera. 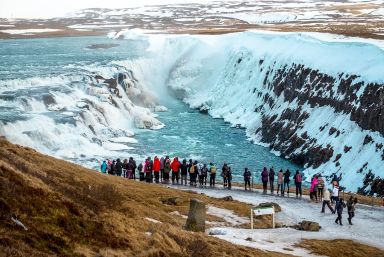 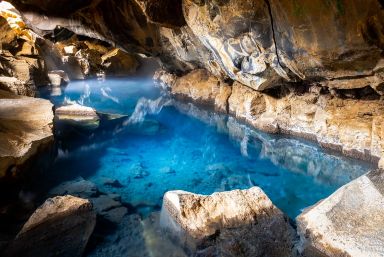 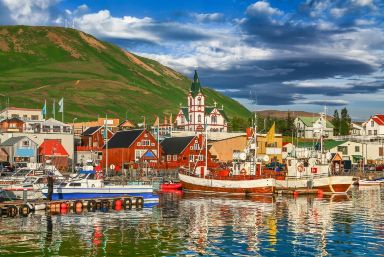 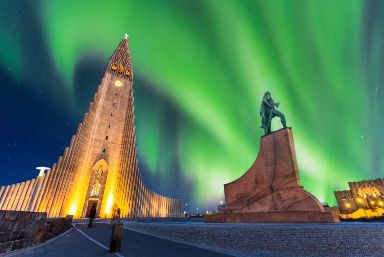 suggest 7 nights
Iceland Escorted Holidays are perfect winter holidays with discounted flights plus excursions such as whale and dolphin watching, the inspiring Northern Lights and a relaxing swim in the Blue Lagoon
View Itinerary 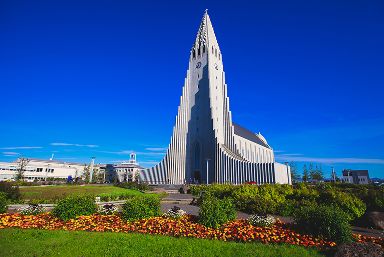 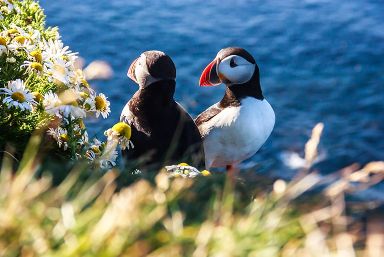 4 Nights
Iceland Escorted Holidays are perfect winter holidays with discounted flights plus excursions such as whale and dolphin watching, the inspiring Northern Lights and a relaxing swim in the Blue Lagoon
View Itinerary 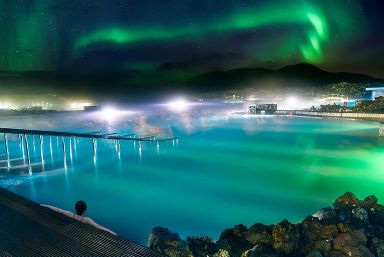 Take the family adventure of a lifetime in Iceland discovering geysers, waterfalls, geothermal lagoons and the Northern Lights
View Offer

You and your holiday are in safe hands with us so you can book with confidence and travel worry free.
Flight inclusive covered by our ATOL
ABTA and IATA