All our holidays are tailor-made to suit the individuals requirements 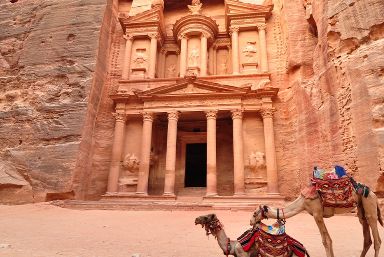 A Glimpse of Jordan

Holidays in Jordan boast cosmopolitan, historical and culture offering a mix of Arabian adventure and being only a short direct flight away makes it even more accessible. English is widely spoken and moving around this fascinating country is easy and the tourism infrastructure is extremely welcoming.

Petra also known as the rose red city is half as old as time itself, the captivating city was named one of the New Seven Wonders of the World in 2007. The most famous rock hewn city of Petra takes you back in time and gives an insight in the bygone decades of the Nabataens, an industrious civilization who settled here more than 2000 years ago and carved their temples and towns into the yellowish-orange rock. These wonders will leave you with the greatest of respect for ancient civilisations. Overall they play a very important role in the history of architecture and the civilization, and archaeologists estimate that only 20 percent of the city has so far been uncovered, this trip will certainly bring out the explorer in anyone. Its no surprise Petra is Jordan's number one attractions to visit.

Petra in day light is awe inspiring but to experience Petra at night with illumination of 1800 candles is out of this world. For those film lovers you may recall the scenes from Indiana Jones and the last crusade captivated this beautiful city. The other famous film was Lawrence of Arabia filmed on location at Wadi Rum. Wadi Rum known as the most vast and most magnificent of Jordan's landscapes virtually untouched, a captivating experience of monolithic rocks that rise from the desert floor, with canyons, water holes and even rock drawings of over 4000 years old, tranquil, vast and mesmerising.

On Jordan's short Red Sea coastline lies the laid back resort of Aqaba and offers sun drenched beaches giving you time to relax and unwind after or before exploration of Jordan's treasures. For those that love to escape to the sea you will find some of the region's best snorkelling and diving here. The warm waters and gentle currents mean that the marine life is a real treat and coral reefs in abundance, home to turtles, dolphins and large schools of brightly coloured fish. If its shopping you seek or still more culture and history, Aqaba offers this too.

Amman is a fascinating destination and Jordan's most cosmopolitan city, offering a wide variety of restaurants of international cuisine as well as the traditional local dishes. A city of contrasts ideally located on a hilly area between the desert and the fertile Jordan Valley, some will even use Amman as their exploration base as most of the sights are only approx. 4 hours away from the city. Everywhere you look there is evidence of the city's historic past , you will find modern architecture touching shoulders with traditional coffee shops and old souqs.

Rainbow street truly blends the old and new with art galleries, coffee shops, and a wide array and diversity of artisan shops. The city really does offer something for all from nightlife to theatrical events to traditional Arabic entertainment and modern and traditional restaurants. A visit to the Citadel, the site of ancient Rabbath-Ammon excavations reveal and give visitors the chance to experience the city's incredible history.

The Dead Sea and Kings Highway, as its winds its way through the heart of Jordan , the ancient Kings Highway connects biblical sites, crusader castles and nature reserves, while a short diversion leads to the shores of the famous Dead Sea - the lowest point on earth. The Dead Sea offers mineral rich mud and salty waters famed for their healing qualities. An overnight stay at the Dead Sea is common for most visitors, while health and wellness enthusiasts will be keen to stay even longer. A floating in the Dead Sea is a real experience, a spa treatment is a real treat and watch out for those special purchases you will be spoilt for choice. The Ma' in Hot Springs add another facet to a rejuvenating Dead Sea experience and the thermal springs here have been visited since the days of the Roman Empire.

Whether you start your trip in the cosmopolitan city of Amman or with the ancient temples there are a few key sights that almost all visitors will delight in visiting on their journey, Amman, Petra, the Dead Sea and Wadi Rum will barely scratch the surface of this beautiful and rich in culture destination. We can help to plan an exciting and exhilarating journey to leave you with experiences you will never forget.

A selection of Jordan 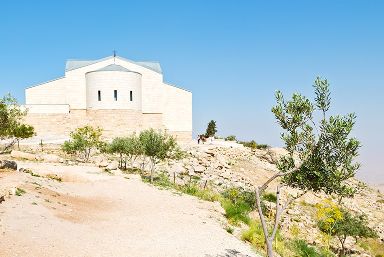 The Jordan Classic
Visit the Graeco-Roman city of Jerash, float,…
» 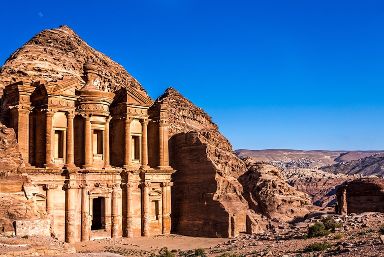 Jordan Highlights
Visit the bygone architectures in Jerash and…
» 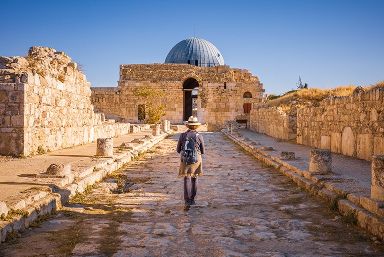 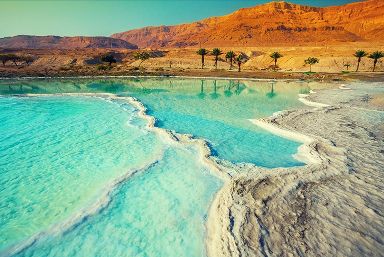